But after the “mixed bag” of earnings reports that followed the group, you’ll want to change the way you play the markets.

Because these big movers can make you major profits, but can crash your portfolio if you’re not careful…

Here’s what you need to know…

Spotting Your Next Big Opportunity Is All About Strategy

The markets have been stuck in a bullish cycle which has helped boost investor’s profits.

But going forward, it’ll be the rules-based traders who will survive the upcoming chop I’m expecting. 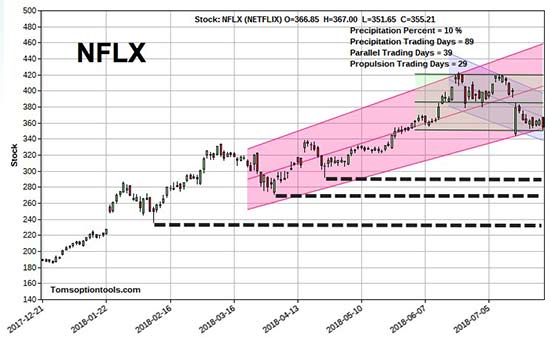 First up, Netflix (NFLX):This streaming giant spooked investors as it was first out of the gate.

Earnings were great, but it was the subscriber outlook that scared investors going forward. They are burning money left and right, and investors didn’t seem to care as long as subscriber rates were rising.

Now that this is in question, where do we go from here? NFLX is currently sitting on multi-channel support. This means that if we close lower from here, than I see $290, $270, and $240 as the next support levels. 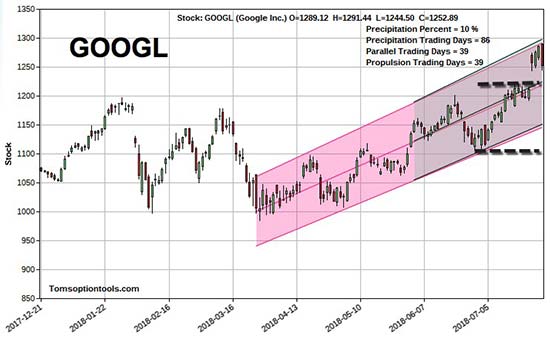 Next up, Alphabet Inc. (GOOGL):After a shaky report from NFLX, FANG investors then breathed a sigh of relief when GOOGL knocked it out of the park on all fronts…

I’m talking revenue, earnings, outlook, you name it – they crushed expectations. Since then, Alphabet’s high for the year has been under pressure due to the rest of FANG earnings. 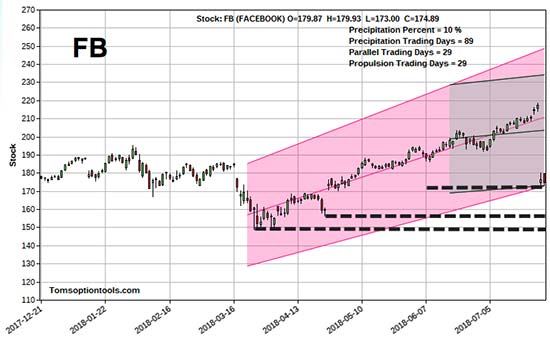 And then we have Facebook Inc. (FB):The social media empire was the black swan of FANG earnings.

Nobody on the planet expected this – a 20% drop after earnings.

There were a lot of “I told you so” gurus on TV, but when pressed, even they didn’t act on their own words, and skipped going bearish. It wasn’t the revenue drop that killed this darling stock though…

It was the words on the conference call that did it – future margins to drop.

So now that FB is down to levels not seen since the Cambridge Analytical Scandal, where do we go from here?

FB is at some key support now. If they drop lower, next level support will sit around $158 and $150, where they bottomed out during the privacy scandal earlier this year. 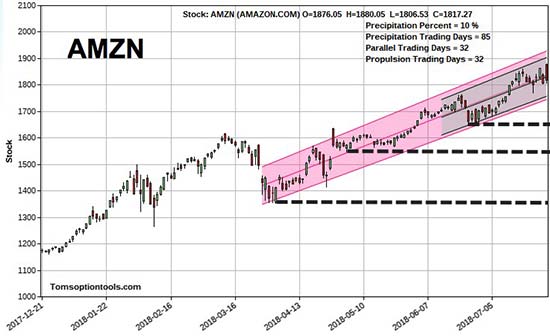 And lastly, Amazon.com Inc. (AMZN):AMZN did what it has done for several quarters now – put out huge blowout earnings numbers with record profits. But the company still struggled with the top line revenue number.

This means AMZN better figure out fast how to continue to push market shares by buying new products and acquisitions.

The reason the stock did well this quarter is they were able to show that they can make money as a business. But the lingering question is – can they continue to grow as the behemoth they are known as?

AMZN is at the top of its chart and is clearly the winner in FANG Q2 reporting.

Now, let’s talk about what this means for our future investments…

All in all, FANG made everyone, including me, realize that stocks can’t keep going in one direction without facing some sort of pullback.

With that said, what happened last week takes me back to three simple rules in both trading and investing…

Rule #1: Spot Rules Based Opportunities
With earnings, it’s safer and more efficient to use a back tested before earnings strategy that involves opening and closing your position out prior to earnings. (Bid/Ask Spreads are tighter)

With earnings, if you’re a call or put buyer, the IV is your friend before the report. After the earnings announcement, stocks can be volatile and so can the P/L swings.

As we learned with FANG, options traders have less risk than stock traders when comparing 100 shares of stock to an option. Even put sellers (as hard as FB hit them) had less risk than holding the stock through earnings. But the real winners this quarter were buyers and sellers before earnings were reported.

As you grow as an options trader, you will eventually graduate to know the difference.

The truth is, with any strategy, consistency is key.

Most people know Babe Ruth, who was the king of swing, but if you knew his stats – he actually led the American League in strike outs five times.

In the world of trading, I am happier hitting singles and doubles consistently than striking out consistently with the occasional grand slam trade.

While FANG stocks are often promising for investors and traders alike, we don’t want to put our whole nest egg in one basket.

In fact, sometimes the best investments come from where nobody else is looking. Folks, you’ve listened to me preach about “not following the herd” time and time again when it comes to making smart and profitable moves.

And right now, I’m eyeing up one tiny corner of the markets that’s typically known for being slow and steady. But the way I do things, we can harness its profit power to go for triple-digit gains in 30 days or less.

I put a special video together total you all about, and to reveal exactly how one tiny move is designed to deliver you unlimited profit potential. Everything you need to know is right here.

But as always, know going in that no matter how well you plan, execute, and manage your trades, be ready for anything.

P.S. If you’re looking for a way to make money on FANG stocks at a record-breaking speed, you need to see this now. One fortunate group of readers was in perfect position to score 100% on FB in just two hours by following the steps detailed right here.